Happy release week to these middle grade books making their rounds through our reviewers!

Thank you to @kidlitexchange for providing the review copies of these books. All opinions are our own.

Photo and Review by Tracy @luandbeanread

Photo and Review by Jennie @jennienaughton

World War 1 books for the middle grade are few and far between. Like all the books Avi writes this one sounds like:

1. It is meant to be read aloud

3. Even though the story may be set long ago and far away the characters seem like they may be your friends.

In Patryck’s small Polish village the Russians have taken control of everything. The school was bombed and people are on edge. Things get worse when the Russians leave and the Germans arrive. His group of friends devises a game wherein they attempt to collect buttons from the soldier’s uniforms. They are egged on by a bully type boy (Jarek) who none of them like much, but in a small town, everyone your age is a friend of one kind or another.
Neither of the invading armies is particularly beneficial to the town. As Patryck’s father says- “They aren’t Polish” The adults in the community are just as scared as the kids (understandably so) and no one knows what will happen to them next. The overwhelming fear grows as conditions worsen and there are several deaths. 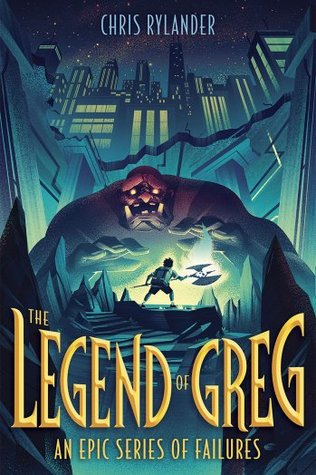 Good Reads Review: A boy discovers his destiny could totally stink in this riotously funny fantasy-adventure

Risk-averse Greg Belmont is content with being ordinary. He’s got a friend–that’s right, just one–at his fancy prep school, and a pretty cool dad (even if he is obsessed with organic soaps that smell like a mix of salted pork and Icelandic bog). The problem is, Greg isn’t ordinary . . . he’s actually an honest-to-goodness, fantastical Dwarf!

He discovers the truth the day his dad brings home a gross new tea–one that awakens bizarre abilities in Greg. Then a murderous Bro-Troll kidnaps his dad and Greg is whisked away to the Underground, where Dwarves have lived for centuries right beneath the subways of Chicago.

With the help of some awesome new friends and a talking ax, Greg learns all about the history of the Dwarves, which has been marked with tales of epic failure since the dawn of time. However, the return of the magic they once wielded means big changes are afoot, escalating tensions with the Dwarves’ sworn enemy: the Elves.

Brimming with humor and action, Chris Rylander’s The Legend of Greg turns dwarf lore on its head, delivering an adventure readers won’t be able to resist.

Look for a review soon on #kidlitexchange!